You can use Interac e-Transfer, PayPal, Mastercard, Visa, etc. 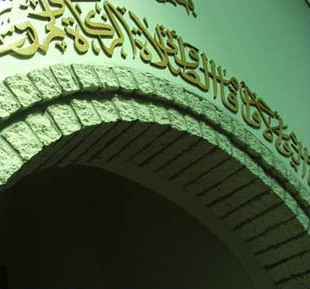 The Region of Waterloo in Ontario, Canada, has one of the fastest-growing, multi-cultural, Muslim communities in Canada. Waterloo Masjid is the only Islamic center in Waterloo and is attended and managed by Muslims from many backgrounds. Waterloo Masjid was established in the early 1980s when it became a fully-licensed religious corporation under Canadian law. The early history of the establishment of this masjid is filled with heroic and tantalizing details of our community members and the great pains they went through to establish the first Islamic center and masjid in Waterloo. The Kitchener and Waterloo Muslim community today is deeply indebted to the sacrifices of these individuals and pray that Allah (swt) reward them greatly in this world and in the Hereafter.

With a Muslim population of roughly 11,000, the Waterloo Masjid is a bustling center of Islamic and social activities for its Muslim community. Waterloo Masjid comprises a wide range of Muslim Canadians from many ethnic backgrounds such as from Asian, South Asian, African, European, and Middle-Eastern descent. The Masjid also has a full-time Imam who is a qualified Islamic scholar. Congregational prayer is held five times daily in addition to the weekly Friday prayers. Other activities include daily Qur'an classes for children and adults, weekly halaqas (study circles) for learning and teaching, and a weekend Islamic school for the Muslim youth. Special activities include Iftar gatherings during Ramadan, with daily Taraweeh prayer and educational lectures.